Logo: a behavioural cue or a missed opportunity? 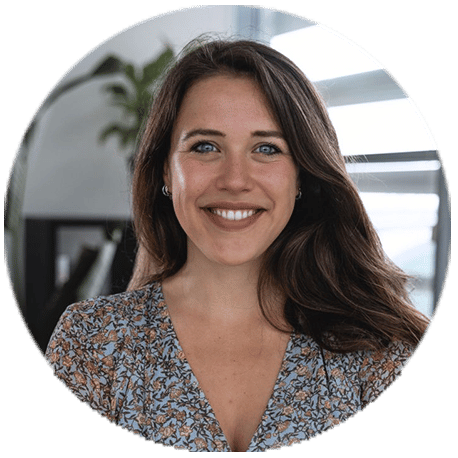 ‘Soup?’, I heard, while a cardboard cup filled with steaming tomato soup was pushed into my hands. I was at a housewarming party, it was a Saturday afternoon. The kind of day I’m not usually not thinking about work. But every behavioural psychologist knows: your field is everywhere. As such, I immediately noticed a logo on the cardboard cup: ‘Product contains plastic’. As a seasoned member of Team Sustainability, it caught my attention, so I inspected the logo closely. I nudged Rosa, the hostess, and asked what she thought the logo meant. ‘I hadn’t even seen it!’, she said. As she checked her own cup, she added: ‘Should I throw the cup in the water?!’. She looked again intently. ‘Plastic? I really thought the cup was made of cardboard. And why is there a turtle on it?’

Since last year, the EU has made this logo compulsory on every disposable product that contains plastic. Such as a cardboard cup, which also contains plastic. The logo has two purposes: to make people aware of the fact that they are buying disposable plastic, hoping that they will choose a reusable alternative instead. It also has the secondary purpose of encouraging people to dispose of disposable cups in the waste bin if they do buy them.

A great initiative, but also a great example of a well-intentioned attempt that can have the opposite effect. When you use interventions or campaigns, there are sometimes risks in regard to behavioural change. For example, it is often assumed that people process information consciously. That is, they absorb the information using their full attention and then make a decision what to do with it. As behavioural psychologists, we know only too well that this is not reality.

Most of our behaviour happens automatically. We scan the information that is important to us and consciously pay attention to stimuli that have personal relevance, for example, or when we muster sufficient attention. The remaining bulk of stimuli and information we receive daily is processed unconsciously. A small group of people will think about the meaning of the logo, but not the majority. If you are walking through the supermarket with a full trolley shopping for your party, your brainpower will mainly be focused on the amount of toast you need to buy.

The logo has undergone a thorough psychological examiniation. Let’s focus on Rosa. She is organising a housewarming and has bought these cups. How does the logo affect her behaviour?

We also have an unconscious association with a turtle. We might associate it with a tropical sea, diving and holidays. But the turtle has little to do with our own environment: it does not fit into the context in which the behaviour is taking place. Finally, our associations with colours are activated. Red shows what one should not do, but does blue indicate what one should do?

In all the commotion surrounding her party, it’s unlikely that Rosa acted consciously when she bought the cups. She hadn’t even noticed the logo. And if I hadn’t pointed it out to her, she might have even unconsciously drawn the conclusion that the cup could safely be thrown into the water.

So for people who have other priorities than waste, the main associations that are activated and made are unconscious associations. But what if Rosa had paid conscious attention to the logo?

Initially, she might have drawn the conclusion that you can throw rubbish into the water, as it isn’t crossed out. If she had looked more closely, her behaviour could have taken two turns, depending on her attitude: how does she feel about plastic waste?

If Rosa does not mind buying plastic, the logo probably has little effect. If she does mind buying plastic, Rosa experiences cognitive dissonance. People prefer to behave in line with their attitude. When they do make choices that clash with their beliefs, cognitive dissonance occurs: ‘I accidentally bought plastic cups, while I want to use less plastic!’. This is an unpleasant feeling that Rosa wants to resolve immediately. In this case, it’s easier for her to change her attitude, rather than her behaviour. ‘There probably isn’t too much plastic in it.’ That’s what Rosa tells herself, so her behaviour and attitude align once more, despite her purchase. If this happens more often, it can increasingly trivialise the use of plastic.

So what should be done?

Very interesting, but how can we actually save the turtle?

Make the logo stand out more

The logo is hardly noticeable because it’s small and placed at the bottom of the cup. For starters, make the logo more noticeable, for example by making it larger or by giving it a more prominent place on the cup.

Use (almost) no text

Because people process the logo on an unconscious level, the use of text is not promising. Therefore, go for icons. You can keep the sentence indicating that the product contains plastic, because this is a very short and clear sentence, which is difficult to capture in a picture.

The picture mainly focuses on what isn’t allowed, but it lacks a clear action perspective: what should you do with the cup? What if you don’t want to buy plastic?

Actually, the product requires two behaviours: use an alternative or throw the waste into the bin after use. But because people have so little cognitive capacity when perceiving the logo, focusing on two target behaviours is unrealistic. Therefore, choose one.

It may be promising to use the logo to promote the use of an alternative to disposable plastic. At the moment, however, there is no clear icon for this purpose. It seems promising to us to have a new logo designed that clearly shows: ‘Use an alternative’. Display this on every product that contains plastic. That way, you ‘add meaning’ to the logo every time people see the product.

On the other hand, you can choose to focus entirely on the correct disposal of the product. Display an icon that makes it unmistakably clear that you must dispose of the waste into the waste bin.

One icon is already enough. But if you really want to go for a second image, choose something with a positive association. A negative image that plays on fear appeal, such as the turtle, is not always as effective. Think, for example, of the frightening pictures on cigarette packets. The aim was to make people feel bad about smoking, but this effect was not achieved.

So think of a positive association, such as a happy animal in a European habitat. Or a reward, such as a thumbs up.

Leverage the momentum of behaviour

The moment of purchase is an important factor; at that stage, you can still choose an alternative. At that moment, you want to communicate the message as clearly as possible: for example, by placing the logo next to the price of the product on the shelves. If cognitive dissonance arises at the time of purchase, the logo can still prevent the purchase. Ideally, an alternative is immediately available on the shelf next to it, such as reusable cups.

As behavioural experts, our mission is to keep an eye out for change attempts with a potentially large impact. This logo, which now appears on every single disposable product in Europe, is a huge missed opportunity. It is a very valuable behavioural cue that affects buying and disposing of plastic across Europe.

Dissect a campaign message, slogan or logo down to its unconscious details by asking yourself: ‘What does this do to our brain?’. This way, you might discover that your message is counterproductive before you bring it to the attention of your hungry target group.

Nina has worked for years as a behavioural psychologist in the field of sustainability. She also likes to write about people and the science behind it. Questions about this research or another sustainability issue? Please contact her using nina@gedragsverandering.nl.